This year, Saturday 15th August 2020 is the 75th Anniversary of VJ Day commemorating the end of the Second World War.

As we are unable to mark the event in the way we would wish, we ask that you remember and celebrate those who made the greatest sacrifice by celebrating at home.

If you do take part in a socially distanced street party, please do share your pictures with us here at Bishop Auckland Town Council.

Please follow all government regulations during your VJ Day celebrations. 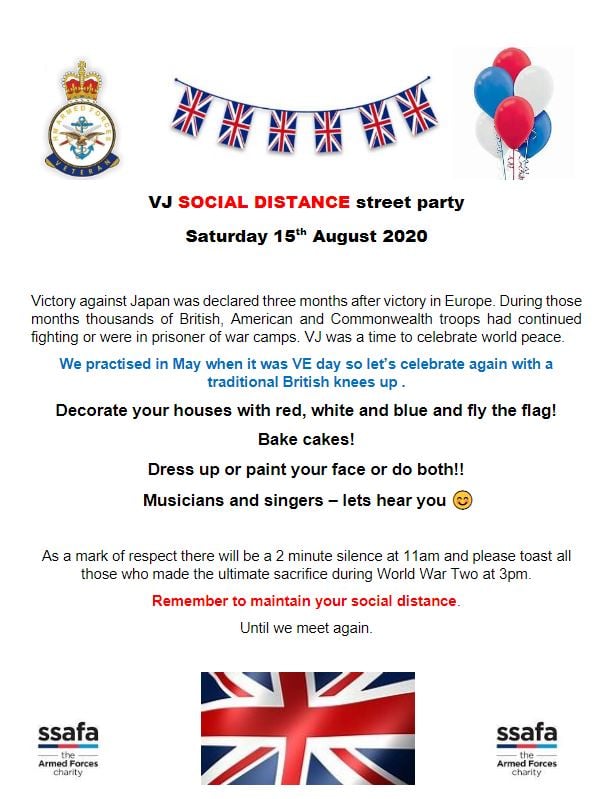 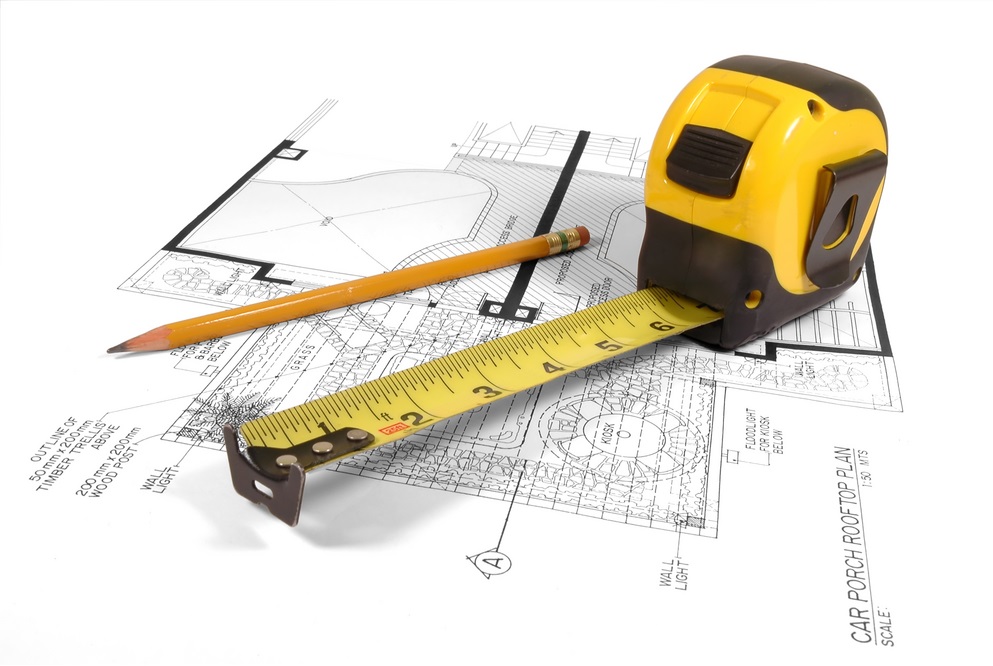 The latest list of planning applications have been posted on the Consultations page. 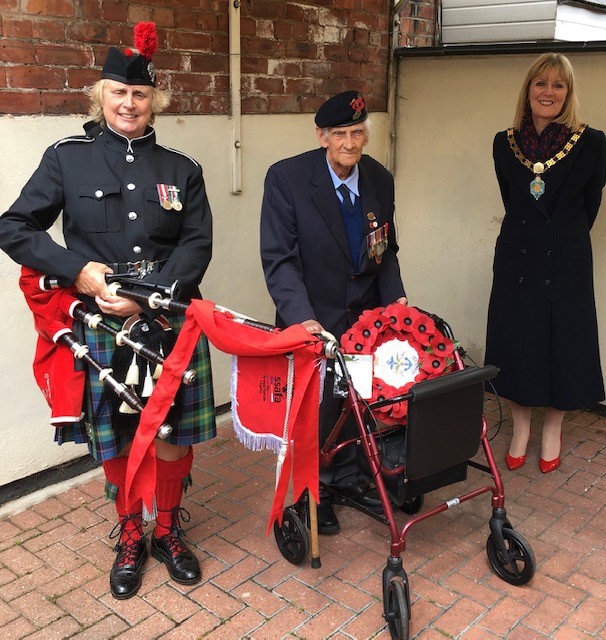 As the Mayor of Bishop Auckland, I was honoured and privileged to be invited by SSAFA Wear Valley Division to meet, a local man, who at the age of 19, landed with his regiment in Normandy, having joined the army two years previously. Tom Robson who is now a 95 year old veteran was awarded 39-45 Star, France and Germany Star, The Defence Medal, The War Medal, The TAVR Efficiency Medal and the Legion d’Honneur and mark the 76h Anniversary of D Day Landings.

On 6th June 1944 over 150,000 troops landed in Normandy, supported by more than 7,000 ships and smaller vessels off the coast and 11,000 aircraft with the aim of liberating Europe from Nazi occupation. Sadly approximately 4,300 British, Commonwealth and Allied casualties were reported killed, wounded or missing after the D Day landings.

D Day was the largest amphibious assault the world has ever seen and D Day remembrance services continue to honour all the Armed Forces personnel who fought and sacrificed their lives, veterans and their families.

Tom regularly attends all the formal commemorative services in Bishop Auckland to pay his respects and lay commemorative wreaths and was determined as ever, to lay a wreath again this year. Unfortunately due to the COVID-19 pandemic, and in light of the risks posed, SSAFA took the difficult decision to scale back formal commemorative events this year. However, they still wanted to commemorate the bravery of soldiers like Tom who landed on the beaches of Normandy, so SSAFA arranged to hold a D-Day Drumhead Service at Tom’s families’ home with valued support from the Bishop Auckland and Hartlepool branches of the DLI Association.

A Drumhead Service is a church service which was usually conducted “in the field’ during armed conflict, often near the battlefront. The altar of a traditional service is replaced by a stack of drums covered by the Colours of the Regiment. On Saturday, it was the Colours of the Royal British Legion Bishop Auckland Branch that were draped over the assembled drums.

After the Drumhead Service at Tom’s home, SSAFA and the armed forces representatives held another service at the Bishop Auckland Cenotaph where they laid the wreath on Tom’s behalf.

In these unprecedented times its important, wherever possible, we find ways to remember those who give so much for our freedom. We should never forget the ultimate price so many of them paid. Its hard to imagine how someone as young as Tom, at only 19, was prepared to fight to liberate France from the Nazi occupation and help us win World War 2.

We will continue to remember them. 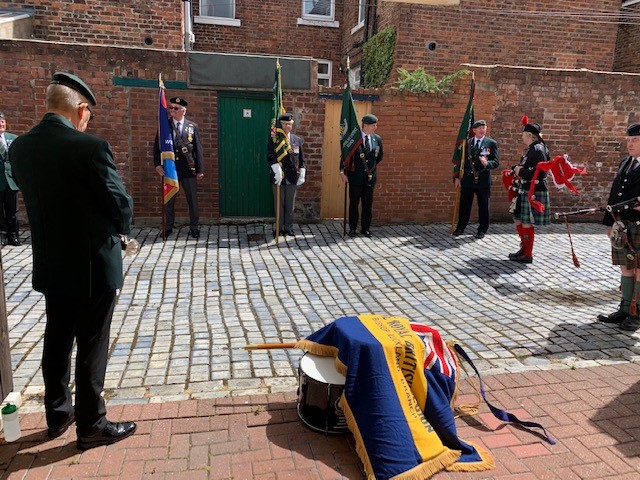 Durham County Council (DCC) have received a Proposed variation, to amend plan attached to licence to reflect alterations to the premises of Asda, South Church Side, Bishop Auckland.

Also find us on: